Display Update Message
The maximum number of products that can be compared is 4. Please refine your selection.

Your session is about to timeout due to inactivity. Click OK to extend your time for an additional 30 minutes.
Belleville Boots History
Our History
1904 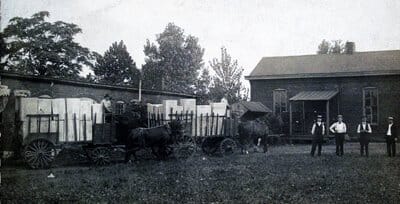 Belleville Shoe Mfg Co founded
Five Belleville businessmen - Adolph Knobeloch, H.E., Leunig, J.B. Reis, James Rentchler and William Weidmann - founded Belleville Shoe Manufacturing Co. in 1904, employing 50 workers and making 50 to 75 pairs of shoes a day. Though none of the five had any experience in shoe-making, they were confident of their market and within a few years, they were selling shoes from coast to coast.
1917-1933 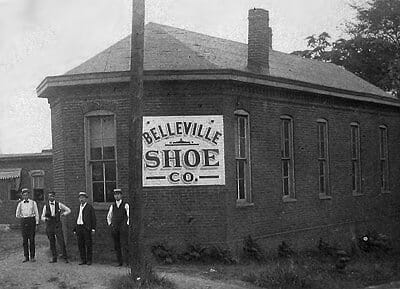 Received 1st order for combat boots
During World War I, Belleville Shoe received its first order for military footwear. This began an enterprise that has sustained the company ever since. Belleville has revolutionized from a small operation into today's large, technology-driven business which develops and produces breakthrough footwear for the nation's armed forces.
1945 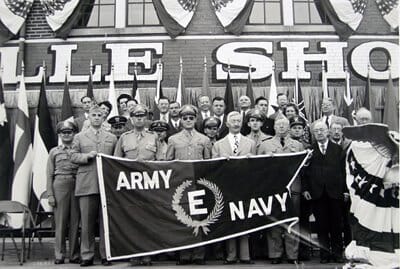 Awarded the "E" for Excellence Award by the War Department
Military production resumed during World War II, and the War Department was so impressed with the firm's products and its unfailing on-time delivery that it bestowed its coveted Army-Navy "E" Award on the firm in 1945. Of the 90 companies producing combat boots during the war, only five received this distinction. In the years since, the government has repeatedly honored the company for its quality and performance.
1950-1960's 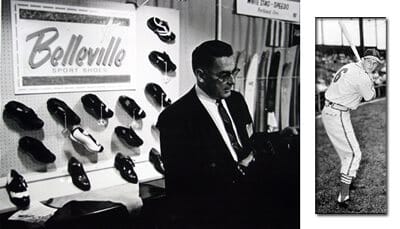 Partnered with Rawlings Sporting Goods to manufacture and distribute athletic footwear
Belleville Shoe branched out into athletic shoe production, making baseball, football, golf, soccer, bowling and track shoes under the RAWLINGS brand. Baseball great Stan Musial was their best customer; he would typically go through six or seven pairs in a season. According to the New-Demo-Crat at the time, "the majority of Olympic track stars and almost all major league baseball players wore shoes made at Belleville."
1991 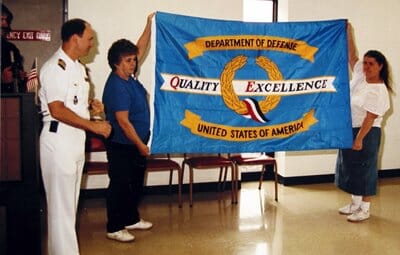 Earned the Defense Quality Excellence Award from DLA
The company won the Defense Department's prestigious Defense Quality Excellence Award in appreciation for its performance in meeting an urgent, accelerated deadline. Belleville delivered 120,000 pairs of desert boots on or ahead of the revised schedule. The Defense Logistics Agency, which conferred the award, noted that of 656,000 boots Belleville produced in the year from Aug. 18, 1989 to Aug. 17, 1990, not a single boot failed to meet government quality requirements.
1993 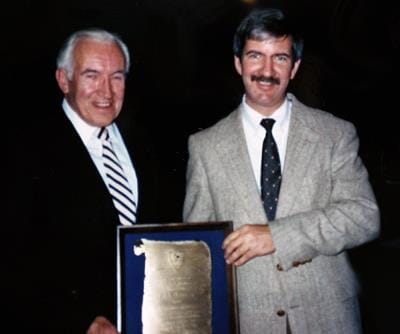 Named National Small Business Prime Contractor of the Year
The company competed first regionally and then nationally for the award, which recognizes outstanding small businesses that supply the federal government. Belleville Shoe eclipsed 147 other nominated companies to take the prize. These 147 nominees came from the ranks of 75,000 small businesses performing federal contract work.
2002 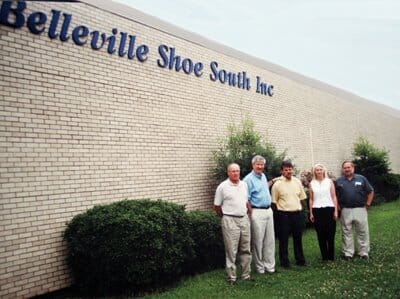 Expanded capacity by opening a second factory in Dewitt, Arkansas
Belleville made the shift from a traditional military boot specification adopter to the leading footwear innovator, allowing Belleville to be first to market with new boot designs and construction methods. The sharp increase in military production required a corresponding expansion in capacity.
2006 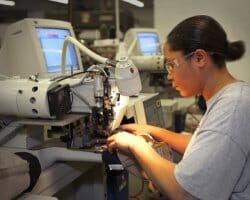 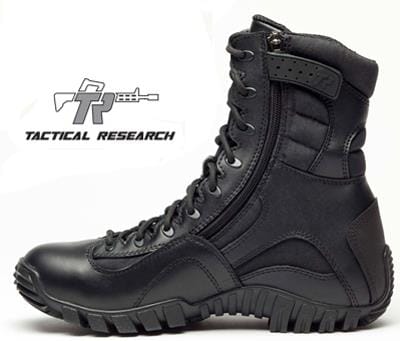 Tactical Research by Belleville line introduced
Belleville continued its extensive investment in footwear technology and science through the creation of our Tactical Research division; which combines 100+ years of boot-making knowledge with the world’s most advanced materials and highest quality factories to provide innovative footwear solutions to tactical needs.
Today

Belleville Boot continues to be the leading provider and innovator of combat, protective, flight and tactical military boots for the US Department of Defense (DoD)
At 108 years old and over 1 million pairs of military boots sold annually, Belleville is still the oldest and largest US military boot provider.